Bettina was just 5 years old when our partners in Uganda discovered her in a remote forest outside of Kampala. Weak and wounded, we found her laying in the protective shade of a Mango tree, praying for someone—anyone—to find her. She had been severely beaten by her step-mother leaving her with an open head wound; then abandoned and told never to return home. 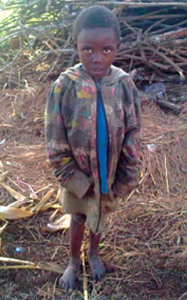 Bettina the day we found her frightened and alone.

Here is an image which shows a frightened and frail Bettina the day we found her. And here is Bettina just three weeks later, fully healed, joyful, and ready for a new life. Bettina has been with us for over a year now and we are so happy to report that she is thriving in our home and attending school. Thanks to you, our compassionate donors, we are able to provide an outlet for hope for orphaned and abandoned children who come from all walks of life. 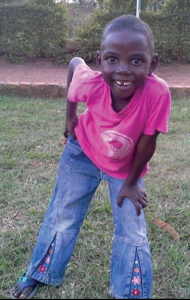 After three weeks in the home!

A short while after our team discovered Bettina, our project director found a young boy, alone and crying in the same forest we found Bettina. We quickly discovered that this Boy was actually Bettina’s brother, Frank. He was only 12 years old and had experienced much of the same horror as Bettina in his short life. After constant beatings from his abusive father and stepmother, he left home never to return.

We took Frank in to our home, where he could have the opportunity to be loved and cared for just as every young child in this world deserves. Something wasn’t quite right however. Frank seemed distant and often could be found up late at night crying to himself. When our caring staff approached him we learned that Bettina and Frank had a third sibling who was still living in the abusive home. Frank couldn’t stand the thought of having left his younger brother behind in such an awful situation.  Neither could we. 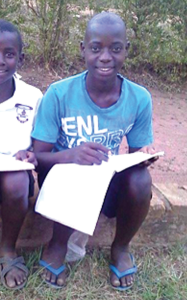 Frank is now at the top of his class in school!

ACF to the Rescue

The following day one of our team members sought out the small village hut where these poor children had been living prior to their abandonment to confront the abusive stepmother and father. She found Asheri, a young six year old boy, huddled alone in the corner of the hut. He too shared stories of the abuse that he and his siblings had been subjected to and was searching for a way out. 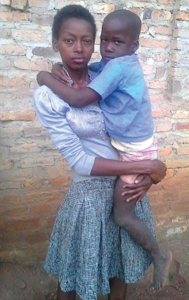 Asherie, the day he was brought to the home.

When the stepmother and father returned to the hut later that day our team member was waiting there. She told them that she was a young mother looking for a child to adopt, the parents quickly offered up Asherie and our team member was able to reunite Asherie with his siblings that day. 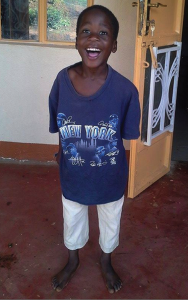 Asherie, happy after reuniting with his siblings!

Thanks to you, our ACF donors, all three children now feel the love and care of a happy home, receive a powerful education and have the opportunity to create a new, brighter future.

This entry was posted in reports about our worldwide projects and tagged Abandoned Children, Orphans, Reunited, Siblings, Uganda. Bookmark the permalink.